A Chinese fondue that’s half Japanese

Originally published in the Journal de Montréal on December 16, 2006.

This dish originated during the times when nomads had to simplify their meals as much as possible. Even now, the equipment consists of a simple fondue pot with burner, one dipping fork per guest (colour coded if possible) and small plates.

According to Chinese tradition, this meal consists of two steps: first the fondue and then the soup. This order of eating, which is the opposite of how we eat in the West, is apparently better for digestion.

There are no other hard and fast rules, other than preparing a rather bland pot of simmering broth (which becomes richer when thinly sliced meats and vegetables are dipped into it) and serving it with a slightly spicy sauce. What is proposed here is the traditional sauce for ‘Shabu-Shabu’, which is the Japanese variant of Chinese fondue.

Try our recipe for Chinese Fondue. 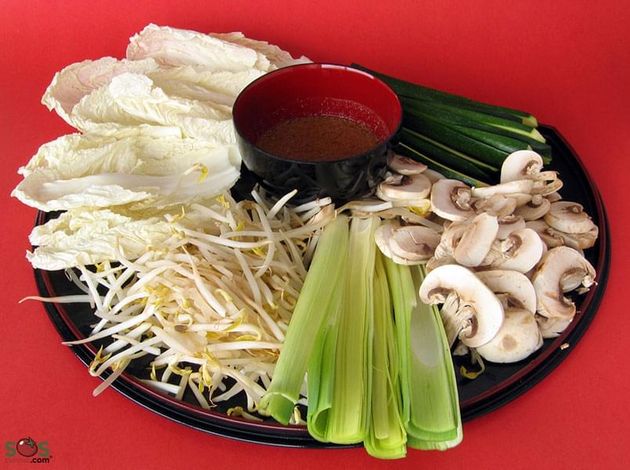