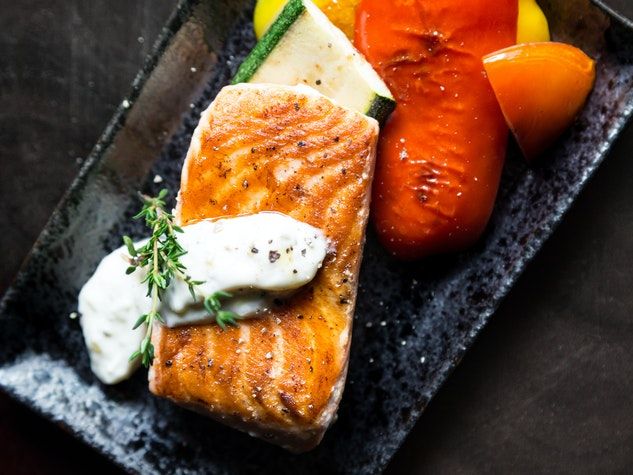 Everything You Need to Know About Histamine Intolerance

Histamine is a chemical compound derived from the amino acid histidine. It is known for its role in the body’s immune response to foreign proteins, especially the allergic response. During an allergic reaction, antibodies cause histamine to release, which can trigger a series of inflammatory reactions and cause symptoms to arise. On a daily basis, small amounts of histamine help regulate functions throughout the body. Histamine is produced by the body’s white blood cells, specifically the mast cells, but is also naturally present in many foods. The amount of histamine found in a food may be inherent in the food or depend on external factors such as the stage of maturation, as well as the storage, processing method, and origin.

An intolerance to histamine can develop when the body produces more histamine than it can break down. Some hypotheses suggest that histamine intolerance may be caused by a lack or reduced activity of the diamine oxidase enzyme (DAO) which helps break down histamine in the body, or by an increased production of endogenous histamine, as well as by genetic predispositions. In certain cases, DAO deficiency can be a temporary and reversible condition. If histamine levels in the body are high for any reason, eating histamine-rich foods can trigger a variety of symptoms that can vary from person to person. It should be noted that taking certain medications may also increase the concentration of histamine in the body.

How do you know if you have an intolerance to histamine?

Just like people who are intolerant to FODMAPs*, those who have an intolerance to histamine may have digestive symptoms (stomach ache, bloating, diarrhea, constipation, reflux, abdominal pain, mouth ulcers, nausea, vomiting). However, unlike a FODMAP intolerance, a histamine intolerance is usually also accompanied by non-digestive symptoms. These may include tightness in the throat or chest, heart palpitations, migraines, headaches, dizziness, vertigo, joint or muscle pain, hot flashes, itching, hives or eczema, fatigue, depression, or nasal congestion. Symptoms can differ greatly from a person to another. Generally, symptoms can occur either immediately after the ingestion of a trigger food or later (two to four hours after). Sometimes, symptoms can vary depending on the season of the year. Taking antihistamine medications can help reduce symptoms associated with histamine intolerance. Since a food intolerance does not trigger an immune response from the body, an allergy test cannot diagnose an intolerance to histamine. However, it is still important to consult with an allergist to rule out the presence of a food allergy or an allergy to any substance that could cause the symptoms. It is also important to dismiss other potential causes including systemic mastocytosis, DAO-inhibitor drugs, and other concomitant gastrointestinal pathologies such as celiac disease. To this date, there is no consensus on how to diagnose histamine intolerance. The non-specificity of symptoms and lack of validated diagnostic tools prompts many individuals to go “doctor shopping”, that is, to consult several medical specialists in search of an explanation and solution for their symptoms. The only way to identify an intolerance to histamine is to follow a specific elimination diet. Complimentary tests can also be done, including the determination of DAO enzymatic activity in plasma or intestinal biopsy, a histamine challenge/provocation test, a histamine 50-skin-prick, the identification of genetic polymorphisms, and the determination of biomarkers of histamine metabolism in urine or stool samples. It should be noted that some people may be intolerant to other chemical compounds found in foods, such as sulfites, salicylates and glutamates. The Royal Prince Alfred Hospital (RPAH) in Sydney Australia has established a protocol to identify intolerances to certain chemical compounds found in food.

Kathryn completed degrees in kinesiology and nutrition, as well as a Masters in Sports Nutrition. She is a member of OPDQ and of the Academy of Nutrition and Dietetics. She ran track and cross-country at a national level. Kathryn specializes in sports nutrition, weight loss, diabetes, as well as heart and gastrointestinal health. Kathryn is experienced with the low FODMAP diet and she completed the Monash University low FODMAP dietitian’s training.