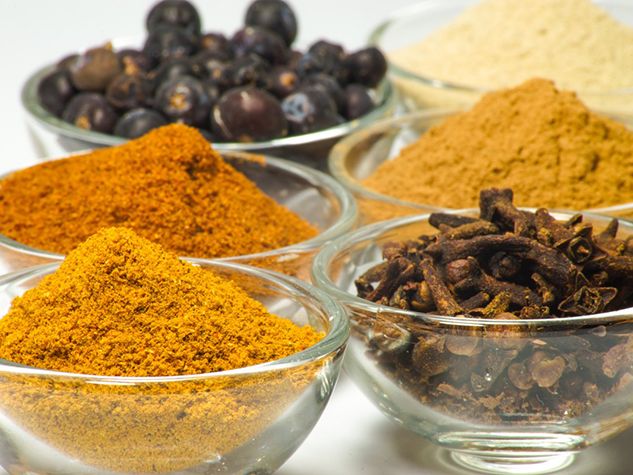 This is a frequently asked question, especially after the Canadian Food Inspection Agency (CFIA) published its report on gluten in ground spices in 2011. According to this report, it is prohibited to add gluten in pre-packaged ground spices and these shouldn’t include any other ingredients (according to the Food and Drug Regulations (FDR)). If gluten is found there, poor processing practices (for example contaminated or badly cleaned equipment) or the addition of flour for profit are possible causes.

Results from the Study on Gluten in Ground Spices

In this report, the analysis of 268 samples from small and large stores and ethnic food retailers found between 5 and 20,000 ppm (parts per million) of gluten. Most samples had been imported (not of Canadian origin), and 25 contained over 20 ppm of gluten.

Summary of Results; Samples with more than 20 ppm:

The CFIA issues the following definitions:

To understand what we’re talking about, let’s look at the CFIA’s definitions for spices, herbs, and seasonings:

SPICES: “one or more blend of aromatic ingredients that consists of flowers, seeds, fruits, roots, bark or the nuts of a plant, such as cinnamon, cumin, cardamom, turmeric, cloves and nutmeg.”

HERBS: “the leaves of herbaceous plants, such as thyme, basil, rosemary, oregano, mint and chives.”

SEASONINGS: “savory ingredients not recognized as spices or herbs, such as condiments, sauces, or mixtures of several ingredients that provide a characteristic taste to a product.”

Coeliaque Quebec is dedicated to the advancement of knowledge in regard to diseases induced by gluten. Its mission is to ensure that a gluten-free life is simpler and safer.
Marie-Eve Deschênes, RD, has been a dietitian at Coeliaque Quebec since 2008 and member of the College of Dieticians of Quebec.