A Taste of Sochi: Russian Gastronomy

As the Sochi Winter Olympics have started, I thought it would be interesting to see what’s cooking inside the casseroles in Russian kitchens. Mirroring the Siberian winter climate, Russian gastronomy is a rich cuisine that is simple and nutritious: just like SOSCuisine!

The first meal of the day is meant to be light yet nutritious. In winter, it is important to obtain sufficient energy to keep warm and not get tired before lunch. A Russian breakfast traditionally consists of tea, yogurt, blinis and smoked fish.

Do you know how to whip up a healthy and well-rounded breakfast?

Lunch and dinner are also designed along the same lines. The only difference is that the last meal of the day will be lighter because our energy consumption during sleep is less than during the day.

Each of these meals begins with appetizers and/or a soup (piervoye). Since Russia is surrounded by the sea, appetizers—called zakouski—-are often based on fish and even caviar! If your budget, like mine, does not extend to caviar… you will enjoy . For total immersion in Russian cuisine, you should also try our recipe for Beet Soup, a lighter version of the classic borscht, which is the most popular Russian soup. Otherwise, for simple comforting recipes, check out our numerous soup recipes.

For the main course, Russian gastronomy makes use of all that earth has to offer: cabbage, potatoes, carrots, etc. Meat is added to these dishes of vegetables and legumes. Although meat dumplings (pelmeni) are very popular, beef stroganoff is by far the most famous dish. Incidentally, if the idea of strips of meat served with onions and pinkish cream makes your mouth water, I invite you to try out the recipe for Beef Stroganoff from SOSCuisine.

Apart from the customary tumbler of vodka at the end of a meal, Russians often culminate their feasts with black tea. Tradition dictates that you should place a lump of sugar between your teeth or eat a spoonful of jam while taking your first sip. This little ritual lends a sweet flavor to the tea…

After trying out SOSCuisine’s Russian recipes, I personally feel that Russian gastronomy is usually quite natural and reminds me of my grandma’s cooking…

Try some of our recipes inspired by Russian Gastronomy: 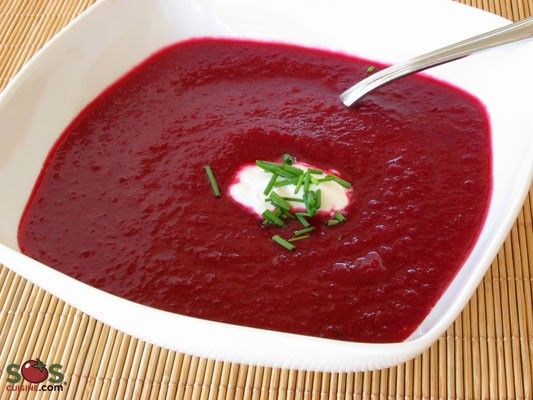 Author
Passionate about communications – but less clued up on cooking – Amanda hopes to gain some insights from SOSCuisine about improving one’s health on a daily basis, whilst enjoying good food.