Seitan is a plant food, made from wheat protein (gluten), invented, it seems, about a thousand years ago by Buddhist monks who wanted to follow a vegetarian diet, and which then spread throughout Asia. The term “seitan” is much more modern, as it was introduced by Georges Ohsawa (1893-1966), the founder of macrobiotic cuisine. In Japanese, the word seitan means “protein-based.” It is also called “Buddha’s food” and wheat gluten.

To make it, the wheat flour is enclosed in a cloth bag and washed until all of the starch is removed by the water and all that remains is the gluten that contains the many wheat proteins. The concentrated gluten-based dough is then pressed and cooked in a broth, often with soy sauce, spices and aromas. And now you have seitan!

It is used in much the same way as meat. For a 100g serving, seitan has about 20g of protein, which is just as much as the same serving of meat. Seitan can be stored for about two weeks in the fridge and up to six months in the freezer.

This product is included in the ingredients of many meat alternatives: in ready-made meals, patties, balls, vegan sausages etc. In the grocery stores, seitan is most often found pre-seasoned and is harder to find au-naturel, but with a little patience, it is possible to make yourself at home. The easiest way is to start directly from the gluten you buy in organic or specialty shops. On the Internet, there are many recipes and videos that explain the different steps. Since it freezes very well, it is possible to prepare a fairly large amount.

The taste of seitan is not very pronounced, and it becomes well imbued with the flavours of sauces or ingredients with which it is cooked. As the texture differs from that of the meat, I suggest you cut it into small pieces for the first try.

Of course, seitan is not suitable for celiac people who have to follow a gluten-free diet.

Try our recipes with seitan: 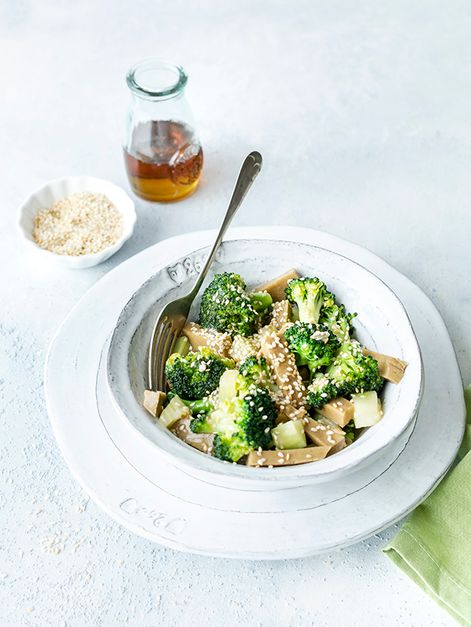 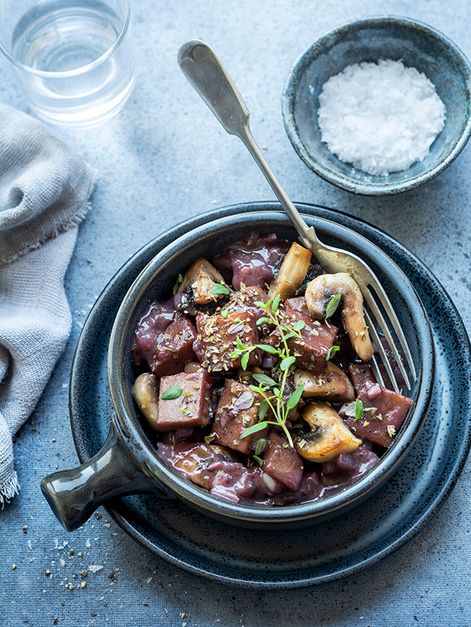